The German word sehnsucht describes an intense, often bittersweet longing, a yearning for that unattainable something that would make one’s life complete and yet remains tantalisingly out of reach. This aching delusion, somewhere between tragedy and promise, has inspired countless poets, artists and musicians, among them Goethe, Schubert, Wagner and Strauss.

Based on Shakespeare’s Romeo and Juliet, Prokofiev’s ballet score of the same name is an exhilarating and ultimately devastating depiction of such perilous desire. It is a work of mighty opposites: joy and grief, fate and chance, life and death. Catastrophe looms from the work’s first moments, the tension building as instruments one by one join its haunting soundscape.

At its heady, physical climax, there’s an inevitability that all must come crashing down, as it does for Shakespeare’s ‘star-cross’d lovers’. This is Prokofiev at his most expressive and powerful, an extraordinary portrayal of reckless passion and eternal love.

Rachmaninov’s second piano concerto dances between light and shade, full of lyrical melodies and exhilarating crescendos. The composer began the work slowly in 1901, emerging from a deep depression after the disastrous premiere of his first symphony. This atmospheric concerto saved Rachmaninov’s career, appearing decades later in David Lean’s 1945 film Brief Encounter. Perhaps its endurance lies in a kind of sehnsucht that speaks to the core of the human experience: an inconsolable longing, illuminated by a great hope. 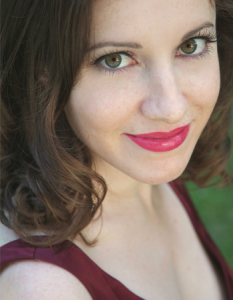 Selections from Canteloube, Poulenc and other songwriting greats.

“I have always been so grateful for the wealth of musical experiences that Canberra has afforded me. To be able to return and perform with the Canberra Symphony Orchestra as 2021 Artist in Focus feels a lot like coming home to where it all began.

“I look forward to joining forces with the wonderfully talented players of the orchestra, a few of whom were actually my lecturers when I studied at the ANU School of Music! It’s also a special privilege to be able to collaborate with Jessica Cottis, whom I have known and admired for many years, and an honour to work with Professor Deborah Cheetham AO in the Australian Series.

“Programming a recital exploring longing and desire is easy for a soprano – so much of the music written for voice is dedicated to these bittersweet human experiences. Folk and art songs have always found ways to communicate, with beauty and poignancy, our universal need to love and to be loved.”