This flute solo was commissioned by the Canberra Symphony Orchestra for flautist Teresa Rabe, as part of their Australian Miniseries.

On 3 August 2020, the Moon, Saturn and Jupiter all came into alignment in Melbourne’s evening skies. I walked out the back door, looked up and there they were in plain sight. It’s an unusual formation and a distinct event for general public to experience. There’s a common expression – ‘when Saturn is in line with Jupiter’ metaphorically suggesting something improbable that will either never (or rarely) take place. Of course Saturn is actually always in line with Jupiter – it’s just a line between two points. But throw Earth’s mysterious Moon into the equation and alignment really is rare.

This flute solo was written in contemplation of that alignment while under stage 4 curfew restrictions in Melbourne. We can’t walk out the front gate after 8pm – but we can still look up into the evening sky and marvel at the Universe.

Stuart Greenbaum studied composition with Broadstock and Conyngham at the University of Melbourne, where he is now Head of Composition. He has composed over 200 works including sonatas, string quartets, piano trios, and operas with libretto by Ross Baglin. Stuart has been commissioned for major choral works, including for the sesquicentenary of the Royal Melbourne Philharmonic, and has received numerous composition prizes.

Stuart has been a featured composer for the Aurora Festival and with the Flinders Quartet, and a resident composer at the Port Fairy Spring Music Festival and with the Melbourne Youth Orchestra. In 2009, he represented Australia for the Trans-Tasman Composer Exchange, composing The Year Without a Summer with NZTrio, which toured internationally.

Teresa is Acting Principal Flute with the Canberra Symphony Orchestra, has toured with the Australian Chamber Orchestra and played casually with the Sydney Symphony Orchestra. She has been Principal Flute with Stopera, Canberra Choral Society, Llewellyn Choir and the National Pops Orchestra. Teresa has played for musicals including most recently Wicked, Les Miserables and Jesus Christ Superstar produced by Canberra Philharmonic and Free Rain Theatre.

Teresa has performed with an eclectic group of musicians, including Kate Miller-Heidke, The Australian Ballet, Kiev Ballet, Opera Australia, Sumi Jo and The Whitlams.

Teresa enjoys chamber music and has recorded a CD with guitarist Minh Le Hoang, touring Australia and China. She has played with many local musicians both in recital and broadcast on ABC FM and appeared in the Canberra International Chamber Music Festival.

Teresa is in demand as a flute teacher, and has been teaching since she was 14. Her students have continued on to tertiary studies in Canberra, Sydney, Melbourne, Adelaide and Brisbane Conservatoriums. She has given masterclasses and adjudicated in Beijing, Adelaide, Canberra and regional Australia. 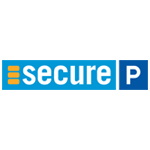 CSO Mixtape: I am lost to the World