From the Deep was premiered online on 30 October 2020.

Christopher Sainsbury has made a sustained contribution to Australian music since the mid-1980s, and teaches composition at the Australian National University in Canberra. Previously he worked for many years as the Head of Arts & Media at the Eora Centre—an Indigenous College in Sydney. Significantly, Christopher is an Australian Indigenous composer, being a descendant of the Dharug (often known as the Eora) of Sydney. He is the founder and artistic director for the Ngarra-burria: First Peoples Composers program.

Christopher writes songs, choral pieces, chamber pieces, orchestral pieces, jazz and surf music, and enjoys it all. He might explore regional identity through his work, or Indigenous narratives, contemporary guitar techniques, and at times jazz influences may be found articulating through his work.

Max McBride is one of the most widely respected musicians active in Australia today. In 1969, he became the youngest full-time member of the Sydney Symphony Orchestra. In 1973, he gained the position of Co-principal of the bass section.

After two study leaves in Austria, where he studied double bass with Ludwig Streicher and conducting with Otmar Suitner, Max returned to Australia in 1979 to take up the position of Principal Double Bass with the Australian Chamber Orchestra, touring extensively in Australia and internationally. He also became the regular bass player of the Australia Ensemble.

Max has appeared with Kathy Selby and Friends, Pinkas Zuckerman for Melbourne Summer Music, cellist David Pereira and violist Irena Morozov and Korean cellist Young Chang Cho at Sydney’s Mostly Mozart Festival. He is the regular bass player of the Brandenburg Orchestra and has played as a guest principal with the Tasmanian and Sydney symphony orchestras. Max has also appeared on numerous occasions with the Vienna State Opera Orchestra.

In 1992 Max took up a full-time teaching position at the Canberra School of Music; he has been a faculty member since 1994. In 2001, he was promoted to Senior Lecturer in Double Bass. Max has also had an active conducting career, working with most of the professional orchestras in Australia. 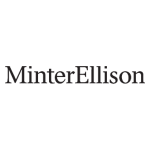 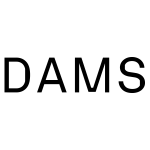