CSO 2021CSO at the CinemaProgram note

John Williams (b. 1932)
Music from the Star Wars films

The blazing Star Wars theme is just one of many leitmotifs Williams weaves through the nine films he scored for the series – the central ‘Skywalker saga’ that begins with Star Wars: Episode IV – A New Hope and its two sequels, continues through the prequel trilogy made at the turn of the millennium, and concludes with the recent sequel trilogy that ended in 2019 with Episode IX – The Rise of Skywalker. In these scores, Williams established a sound-world that other composers have drawn on for films, television series and video games in the wider Star Wars universe.

The composer grew up listening to Gustav Holst’s The Planets, and you can hear echoes of Mars, the Bringer of War in the grim rhythms of the Imperial March that accompanies the villain Darth Vader in The Empire Strikes Back – and acts as a disturbing premonition in the prequels – while the romantic Han Solo and the Princess leitmotif is lush and almost Tchaikovskian. The soaring Force Theme, much like Hedwig’s Theme in the Harry Potter films, signals moments of power and mystery.

Dmitri Shostakovich was a prolific film composer. As a young man he earned a living as a pianist accompanying silent films before scoring his first full-length film, The New Babylon, at 23. He wrote music for more than 30 films across his lifetime, composing his final score, for King Lear, in 1971. Writing for film also provided an important source of income for Shostakovich when he fell out of favour with the Soviet authorities.

British music critic Ian Macdonald suggested that ‘it was probably Shostakovich’s exploits on celluloid soundtracks that commended him to Stalin and may even have kept him alive when others close to him were perishing.’

Stalin was dead by the time Shostakovich wrote one of his most enduring scores – the swashbuckling 1955 film The Gadfly, based on a historical novel by English writer Ethel Voynich depicting an Italian revolutionary in the 1830s and 40s, which was a hit when it premiered in the Soviet Union.

The music was best known outside Russia, however, as a suite created by Shostakovich’s friend Levon Atovmyan and the elegant Romance – with its yearning violin melody – gained further popularity as the theme of the 1980s British spy drama Reilly, Ace of Spies, starring Sam Neill. 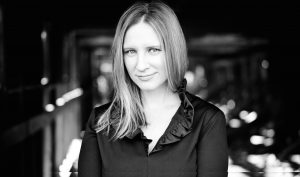 MUSIC FROM TO REST IN PEACE

“Film directors make brilliant collaborators for musicians. For me, there’s a symbiosis at play: I find directors often see images as they hear my music, while I hear music as I pore over the screenplay of a film yet to be scored.

“Writing music for drama has been my focus since I was a teenager in Canberra, writing music for Shakespeare at school. The evenings I spent at the piano sketching, writing, and reharmonising was precious groundwork for the work I do today.

“When I’m on a film project, the music is always around me. Sometimes musical themes form as I sleep, ready for catching in the morning.

“The possibilities are limitless. Our musical approach might be obvious or felt, supporting or contrasting, anchored, ethereal, screeching, plunging. This is work of the head, the heart and the gut; work of instinct, of intellect, and of curiosity as we explore, research, draft, redraft and create, striving to create a memorable emotional journey.

“Our goal is for every element to be seamless, fully integrated and deeply resonant. If we do our job well, you too will experience it in your head, your heart and your gut.

“I was brought on by Canadian-Kuwaiti director Fawaz Al-Matrouk to compose the score for To Rest in Peace after we met in Los Angeles through the University of Southern California. It’s a beautifully shot, deeply human story that moved me on first look.

“I conducted the debut recording of this score at the legendary Capitol Records Studio A on Sunset Boulevard, but this performance by the Canberra Symphony Orchestra will be its first for a live audience.

Ennio Morricone’s score for The Mission was voted number one in ABC Classic’s ‘Classic 100 Music in the Movies’ in 2013, coming in ahead of John Williams’ Star Wars, but it’s the soaring oboe melody of the main theme that lingers in the minds of listeners.

A contemporary of Williams, the Italian composer established his international reputation with scores for the spaghetti westerns directed by Sergio Leone in the 1960s, particularly the Dollars Trilogy: A Fistful of Dollars in 1964, For a Few Dollars More in 1965 and The Good, the Bad and the Ugly in 1965. His output covers more than 400 films, however, working with directors from Giuseppe Tornatore to Quentin Tarantino. His music has also appeared in television shows including The Sopranos and The Simpsons.

Morricone’s score for Roland Joffé’s 1986 The Mission – about an 18th-century Jesuit priest seeking to convert a Guarani community in South America – mingles the sound of Indigenous instruments with the music of Catholicism. Father Gabriel (Jeremy Irons) plays the haunting oboe theme in the rainforest to connect with the Guarani.

Morricone’s score was nominated for an Oscar and won a BAFTA and a Golden Globe, while the theme is even more popular, recorded by the likes of Yo-Yo Ma. 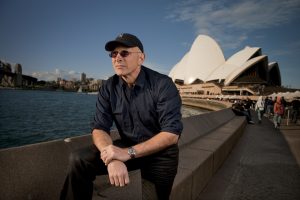 “Armed with a screenplay that held the promise of warmth, joy and emotional depth, Robert Connolly approached me about Paper Planes about three years prior to production. I was captivated by the enchantment of the story, and keen to be a part of the adventure.

“As if harking back to simpler times, the script was imbued with an innocence and beguiling charm so often missing from modern-day films. Rob wanted a conventional orchestral score to provide the support needed to traverse the rich emotional territory of the picture, from the exuberance of competitive sport to the harrowing and confronting aspects of bereavement.

“It’s always gratifying to engage with a director who sees music as a priority and is willing to allocate appropriate resources to the task. I can’t thank Rob enough for his support throughout the process.”

© Nigel Westlake, 2014
Adapted from the liner notes for the ABC soundtrack album.

John Williams has scored all but five of Steven Spielberg’s feature films, beginning with the director’s first, The Sugarland Express, in 1974, and second, Jaws, for which Williams won his first Academy Award for an original composition.

The composer was initially reluctant to take on the 1993 film Schindler’s List, however. Based on the historical novel Schindler’s Ark by Australian author Thomas Keneally, the film tells the story of German industrialist Oskar Schindler’s efforts to save the lives of more than a thousand Jews during the Holocaust by employing them in his factories.

In an interview Williams recalled when Spielberg first showed him the film, which is shot almost entirely in black and white. ‘I couldn’t speak to him. I was so devastated,’ Williams said. ‘I said to Steven, “You need a better composer than I am for this film.” He said to me, “I know. But they’re all dead!”’

Williams would go on to win his fifth Academy Award for the deeply affecting score, which features a haunting violin melody played by Itzhak Perlman as its main theme. Schindler’s List won seven Oscars – including Best Picture and Best Director – seven BAFTAs, three Golden Globes and is regularly listed amongst the greatest films of all time.

Music from the Harry Potter films

John Williams cut his teeth in Hollywood as a studio pianist in the late 1950s, working with the likes of Henry Mancini, and orchestrating the scores of composers including Bernard Herrmann and Franz Waxman. He won his first Academy Award for his score adaptation for the 1971 film version of Fiddler on the Roof and now has five Academy Awards to his name as well as 25 Grammy Awards and four Golden Globes. The only person to have received more Oscar nominations than Williams is Walt Disney.

Williams’ rich orchestral scores continue the tradition of composers like Erich Wolfgang Korngold writing in the Hollywood ‘Golden Age’ and he uses the leitmotif technique (made famous by Wagner) of recurring themes assigned to specific characters or ideas.

The shrill strings that accompany the shower scene in Alfred Hitchcock’s 1960 thriller Psycho are up there with the opening notes of Beethoven’s Fifth Symphony as some of the most recognisable musical ever written.

Bernard Herrmann wrote his first film score for Orson Welles’s Citizen Kane, which was nominated for an Oscar in 1942, only to be beaten by Herrmann’s second score, The Devil and Daniel Webster. It was an auspicious start for a composer who would become one of the most influential figures in Hollywood.

While Herrmann scored films from The Day the Earth Stood Still to Taxi Driver, he’s best known for his work with Hitchcock, including North by Northwest, The Man Who Knew Too Much and Vertigo.

‘Some of my earliest influences and strongest impressions were from the Hitchcock-Herrmann collaborations,’ composer John Williams said. ‘Herrmann’s contribution was very striking and very strong, but Hitchcock was a director who placed his faith in that. Many directors would be afraid to have music that loud, that emphatic – they might think it’s too operatic.’

The jagged strings and restless pulsing of Herrmann’s music are integral to the impact of Psycho. Herrmann once said in an interview, Hitchcock ‘only finishes a picture 60 percent. I have to finish it for him.’

The 1951 musical comedy An American in Paris, directed by Vincente Minnelli and starring Gene Kelly and Leslie Caron, was inspired by George Gershwin’s orchestral tone poem of the same name.

Gershwin kicked off his career churning out songs for New York’s Tin Pan Alley and Broadway, but he first visited Paris following the wild success of his 1924 hit Rhapsody in Blue – his first major ‘classical’ work. It was there that he began writing An American in Paris, to a commission from the conductor Walter Damrosch. The new piece, which he described as a ‘rhapsodic ballet’, captures the sounds of the bustling city, including street noises. The composer even collected Parisian taxi horns for an authentic sound.

The exuberant piece has been a favourite in the concert hall for more than 90 years. ‘It’s not a Beethoven symphony, you know,’ Gershwin said. ‘If it pleases symphony audiences as a light, jolly piece, a series of impressions musically expressed, it succeeds.’

The film, which Gershwin wouldn’t live to see, also includes songs from his catalogue such as ‘I’ve Got Rhythm’. It won six Academy Awards, including Best Picture, and the vibrant tone poem takes pride of place as a lavish, 17-minute ballet sequence at the film’s climax.

Trio in E-flat major for horn, violin and...