CSO Mixtape: For what it’s worth

David Flynn took up classical guitar at a young age, going on to study a Bachelor of Music at the Australian National University. He switched his major from classical guitar to double bass after taking up the latter instrument as a second study with Max McBride. David went on to post-graduate studies in double bass at the Sydney Conservatorium of Music with Kees Boersma. In 1998, he was a double bass member of the Sydney Symphony Orchestra’s Sinfonia fellowship program.

David has performed with the Canberra Symphony, Sydney Symphony, Tasmanian Symphony and the Australian Opera and Ballet orchestras, as well as with Guitar Trek and a number of Sydney ensembles. He has also taught guitar and double bass in Canberra.

David has been a member of the CSO administrative team since 2014 and currently oversees ticketing.

VOICES OF EAST HARLEM
For What It’s Worth

Not only does this cover have a slamming bass line, the choir has an amazing energy and sound that you just don’t get in modern, over-processed pop. The message of standing up to and questioning authority remains relevant to this day – the right to protest is a right.

I love music of the French Baroque; the three short excerpts from Hippolyte and Aricie – Rameau’s first opera – could easily have been thirty. I have selected only the overture and two short dances which at least give a taste of uniquely French Baroque orchestra sound. In particular, listen to the fantastic oboes!

I’ve loved Schoenberg’s Serenade – one of his earliest 12-tone works – for decades. It is on my bucket list to play guitar or mandolin in a full performance of this. The Serenade is an amalgamation of a Baroque Suite and a Classical Serenade (there’s even a Minuet and Trio), viewed through a uniquely 20th Century lens.

The March is an oddly off-kilter one with shifting rhythmic emphasis that would make it nigh impossible to actually march along with!

Recorded in 1951, Les Paul and Mary Ford’s version of this jazz standard not only hints at the beginnings of rock ‘n’ roll but the possibilities of multitrack recording. How High the Moon was recorded before the invention of the multitrack recorder, layering sounds using two mono tape decks and ‘bouncing’ the sound between decks with each additional harmony part. All the voices are Mary and all the guitars are Les.

Vanhal was the cellist in a famous string quartet that also featured his contemporaries, Haydn and Mozart. Vanhal’s bass concerto, likely written for Viennese virtuoso Pichlberger, was not written for the modern bass, but rather a uniquely Viennese version popular at the time, tuned to a D major chord. The rapid, arpeggiated passages, heard here in an arrangement for a modern bass, are significantly more idiomatic in the original tuning.

Odon Racz is a member of the Vienna Philharmonic. His recording is a fine modern interpretation.

I’m perhaps a little less obsessed with Wagner’s Der Ring than I used to be, but I can still fill a whole weekend watching or listening to Wagner. Wotan’s Farewell and Magic Fire Music are two of the most famous excerpts from The Ring and close the second opera, Die Wälküre.

Brünnhilde has disobeyed her father, Wotan (King of the Gods). As punishment, he removes her god powers, making her mortal, and places her in a magic sleep at the top of a mountain, surrounded by magic fire that only the bravest hero can pass to wake her. **Spoiler** The hero is not named, but the orchestra tells us who it will be: Siegfried, the eponymous hero of the next opera in Der Ring.

The Böhm recording has been my go-to for ages. Recorded live, it has all the drama and energy missing from so many studio recordings.

I was my dream when I was a more serious classical to play Aranjuez with orchestra. That never happened of course, but I did wear out my parents’ LP of this recording. The 17-year-old Angel Romero is mighty in this performance, which I don’t think has been bettered. The Mercury recording still has a depth and edge in the sound that is surprisingly modern for its age, yet tinged with the immediacy of 1960s recordings.

I was briefly in Guitar Trek, substituting for an injured colleague. This was one of my favourites to play and to listen to. Hearing it played by the CSO-ANU Side by Side Virtual Orchestra this year reminded me of how ingrained in my head the guitar version is. Surely this is the definitive version!

There is so much Bach that means a great deal to me to choose from: the Lute Suites I learned as a student, the great choral works I’ve played in, as well as the more intimate cantatas with the Canberra Bach Ensemble.

For this mixtape, I chose Brandenburg 3 with Music Antiqua Köln. This was the recording, probably more than any other, that ignited my passion for Bach. The fast tempi seem less radical than they did back in the 1980s, but the drive and articulation are still nothing short of stunning.

Alban BERG
Violin Concerto “To the Memory of an Angel”

Written “To the memory of an angel”, Berg wrote his violin concerto after the death from polio of Alma Mahler’s daughter. Written using the 12-tone method, Berg incorporates strongly tonal aspects using triads based around the open strings of the violin and ending in four notes of a whole tone scale. This whole tone scale eventually emerges as the beginning of the chorale Es is genug (It is enough) which is quoted in its entirety in Bach’s harmonisation as part of the variations in the finale.

This is one of the more approachable works from the Second Viennese School and a classic 20th Century concerto that should be heard more often.

Metamorphosen was written in the closing stages of the Second World War in response to the destruction of Munich – particularly its opera house – the destruction to German culture more broadly: “The most terrible period of human history is at an end, the twelve year reign of bestiality, ignorance and anti-culture under the greatest criminals, during which Germany’s 2,000 years of cultural evolution met its doom”. The work hints at and eventually quotes the Funeral March from Beethoven’s Eroica symphony.

We played Metamorphosen in my final year at the ANU School of Music, as part of a memorial concert for Canberra violinist Kate Buchdahla that has stayed with me after all these years.

Tchaik 6 is a great play (it starts and ends with double bass alone), with a gut-wrenching final movement. This turned out to be the last piece the CSO played to a live audience with outgoing Chief Conductor, Dr Nicholas Milton AM (thanks 2020). I still remember Nick’s eyes burning with intensity as he coaxed the slow death of the finale, then the cheeky grin as the silence went on longer then perhaps even he had hoped.

I found this in the Shostakovich collected works – probably when I should have been practising – and took it along to my lesson with Tim Kain, who eventually recorded it with John Williams.

Still the hardest orchestral piece I’ve encountered, Shostakovich’s 14th is an enigmatic work, as much of the composer’s late period is. Part song-cycle, part symphony, this work is largely concerned with death – or more precisely, unnatural or untimely death. Another happy choice!

Two cracking Beethoven recordings to round out the classical portion: Scherchen’s 1955 stereo recording of the Pastoral with the Vienna State Opera Orchestra sounds fresher than just about any other recording I’ve heard and the finale of the 8th is simply a ripper!

I’m David Flynn, I play the double bass with the CSO, occasionally guitar or bass guitar if the right gig comes up. My first CSO gig was back in 1992, playing mandolin in a Prom concert. I made my bass debut in 1993.

During the day, I’m found in the CSO office, either on the telephone selling tickets or doing the ‘behind the scenes’ work that enables a ticket to be sold.

How did you come to be a musician?

My dad gave my first classical guitar when I was little. I studied guitar right up until university level – I was actually pretty good, but it never felt like what I really wanted to, just what I was good at.

I started playing bass as an elective subject and realised THIS was what I wanted to do for the rest of my musical life. Being a classical guitarist tends to be a rather solitary pursuit – playing in orchestras is quite the opposite and is a great part of the appeal of playing an orchestral instrument.

Name three careers you could see yourself in if you weren’t a musician (and tell us why).

I’d be a singer, drummer or a violist – at least you still get to hang around with musicians!

Tell us a bit about someone who had a formative influence on you in your creative development.

Max McBride (CSO Principal Double Bass) was my bass teacher from my first lesson to the end of my undergraduate degree. I learned much more than simply how to play the bass, he instilled a musical curiosity and a passion for music that had largely lain dormant. The best lessons with Max were often not ‘lessons’ in the literal sense at all: sitting next to him in orchestra, listening to and talking about lesser-known pieces or rare recordings or making a trip to Abels’ were all part of the learning experience.

Sitting next to Max in a Beethoven concert last year was another great lesson in orchestral playing – every articulation, note length and dynamic had been thought about and reminded me of how much I still have to learn.

What’s the hardest part about being a musician?

That people don’t see the discipline and hard work that goes into what we do. That’s kind of the point – we work hard to make what we do seem easy (no one wants to see us struggling), and that masks the hours involved.

Describe a memorable music experience you enjoyed as an audience member.

Seeing Strauss’s Elektra in Sydney in the early 2000s – I had scored a comp through Max.

While I had heard Elektra, I wasn’t prepared to hear it live. The entire Sydney Symphony was somehow crammed into the pit at the Capitol – the sound was immense! I simply let it wash over me for the almost two-hour runtime. I was in floods of uncontrollable tears at the end. Unfortunately, I haven’t seen anything so overwhelming since.

That making music and playing concerts is a bigger part of my life than I imagined.

We have all missed live music, but for many musicians, the lack of concerts has taken away not only what we ‘do’ and define ourselves by, but also a huge chunk of our social lives and support group. When we gather for rehearsals and concerts, we don’t just play, we catch up with our friends and colleagues AND get to make music as a bonus!

Don’t skimp on the ‘boring’ stuff. It’s fine to have fun playing pieces you love, but it’s scales, arpeggios, studies and bowing exercises that will help in the long run.

Dog, although our dogs are terrible.

Making things on my metal lathe. I’m not really good at lathework yet, but I’m getting better.

I turned and milled the wolf tone eliminator on my double bass myself. I could buy one for less than fifteen bucks, but where’s the fun in that? 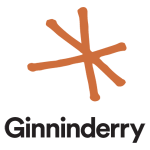