As a musician, you are inspired and dedicated every day towards achieving goals, getting better and playing great and rewarding music.

For this mixtape, I wanted to share with you the brilliant artists that inspire me but also dedicate a few works to thank the people who have inspired us all – particularly throughout the year 2020, but also those who have gone before us.

Bjorn Pfeiffer first commenced playing brass instruments when he was six, following his older brother to the local brass band in Adelaide. Given a trombone to start with and with his arms not long enough to reach all the slide positions, Bjorn moved to tuba at the age of eight. It wasn’t an easy transition given the instrument was nearly as tall as he!

Outside of music, Bjorn loves spending time his family and playing and watching sport, particularly cricket.

The wonderful Chicago Symphony Brass have been long known for their mighty sound and spectacular power. This arrangement of William Walton’s Crown Imperial March highlights the legendary Chicago sound as well as their flawless playing.

This is a sound that inspires so many brass players and orchestral brass sections around the world.

John Williams is one of the greatest film score composers and also one of my favourite composers. He often features the brass section in his music and has also written a concerto for the tuba, dedicated to the magnificent former tubist of the Boston Symphony Orchestra, Chester Schmitz.

Summon the Heroes was written for the opening ceremony of the 1996 Summer Olympic Games in Atlanta. The year 2020 has been a tough year, where many everyday heroes have stood up through bushfires, floods and pandemics.

I chose this piece to honour and thank the work of these wonderful people within our community.

John WILLIAMS
Hymn to the Fallen

(from the soundtrack to Saving Private Ryan)

Through my employment as a musician in the Australian Defence Force, I have had the privilege of travelling to many places throughout the world. A highlight of my career was traveling to Turkey in 2009 to participate in commemorations for the 94th anniversary of the ANZAC landings at Gallipoli.

Seeing what our pioneers went through all those years ago makes me grateful for the wonderful country that we live in. I chose this work from the movie Saving Private Ryan to thank all those have served and continue to serve this country.

The tuba was only developed in 1835, getting its first major concerto in 1954. Because of its fairly recent development, a lot of the tuba solo repertoire has been stolen from other instruments. Originally written for flute, Pokorny has placed his wonderful tuba take on this work.

I first bought this recording when I was about 15 years old and have always admired his sound, musicianship and wonderful phrasing. I still listen to this CD as a great source of inspiration.

Bach was a wonderful composer but unfortunately not around in the time of full brass family of instruments that lends itself so well to his music. In 2000, German Brass took many of his fantastic compositions such as Toccata and Fugue in D Minor, his Orchestral Suites and his Brandenburg Concertos and arranged them for a concert in St Thomas Church in Leipzig, to commentate the 250th anniversary of his death.

My favourites of these arrangements are the Oster-Oratorium excerpts which highlight the finest German traditions of brass playing.

This is my favourite symphony and also my favourite recording. Mahler said ‘A symphony must be like the world, it must contain everything’ and his Fifth Symphony certainly does.

From the opening mournful call of the trumpet, his stunning love letter to his new bride and the uplifting Rondo Finale, Mahler takes you through a wonderful range of emotions and scenes.

I chose this recording to thank Nicholas Milton who inspired me to go to the next level every time he conducted the orchestra and my wonderful colleagues and friends in the orchestra, who unfortunately due to COVID, were unable to perform this work together in August. I’m sure it would have sounded something like this!

My name is Bjorn Pfeiffer, I live in Murrumbateman and I’m the Principal Tuba of the Canberra Symphony Orchestra.

Describe your best and worst gigs?

I think the best gig I’ve ever been involved in was the Basel Tattoo. To be involved in a show with so many wonderful, talented musicians from around the world was amazing.

The worst gig – anything outside where it’s really hot, really cold or wet!!

Tell us about your favourite performance space?

I’ve been lucky enough to play in most of the major concert halls throughout Australia but my favourite performance space is the KKL in Luzern, Switzerland. To play on the stage where so many of the world’s best musicians have played was a real buzz.

Slow down! Enjoy the simple things and don’t overcomplicate life.

Take every opportunity that is given to you and work hard.

Outside of music, I love playing, coaching and watching cricket. In 2018, I gained my Level 2 qualification as a cricket coach. I’ve been lucky enough over the past couple of seasons to have coached some of Canberra’s best up and coming cricket talent.

Definitely a dog person. We have a fantastic 10-month-old labradoodle named Jaffa.

What’s your most treasured childhood memory related to music?

Sitting and watching my Dad’s Green Apple label Beatles record spin around. I was fascinated by them and always wanted to listen to any record that had that sticker on it. At the time I didn’t realise how good their music was.

For what in life do you feel most grateful?

I am most grateful for my wife and two wonderful children. 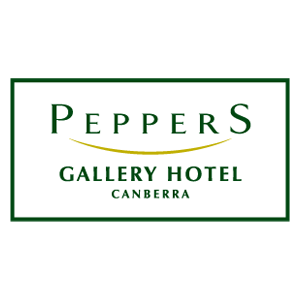 CSO Mixtape: Arundo Donax Me Why