CSO Mixtape: (A few of) My favourite things

Recognised for her engaging, wide-ranging and thought-provoking programming, her domain is the music of the late 19th to 21st centuries. She continues her collaboration with the Royal Opera House, Covent Garden, where after highly successful premieres of new opera by Gavin Higgins (The Monstrous Child, 2019) and Na’ama Zisser (Mamzer, 2017), she returns to conduct Gerald Barry’s virtuoso first opera The Intelligence Park, in association with Music Theatre Wales.

A gifted communicator, she works widely as an advocate for classical music. Described as a “cool, contained, super-articulate and engaging” in The Scotsman, she has filmed projects for the ABC and BBC, and is a frequent contributor on BBC radio and television programmes, commenting on a wide range of topics, from gender politics to opera to architecture, synaesthesia, and acoustics.

One of the most outstanding Australian conductors working today, she maintains a strong commitment to Australian music. Most recently, with composer Matthew Hindson AM she co-curated the Canberra Symphony Orchestra’s Australian Miniseries, a significant new commissioning series of works by Australian composers including Liza Lim, Christopher Sainsbury, Deborah Cheetham, Holly Harrison, and Ross Edwards.

Cottis’ early musical career was as an organist. Her formative education took place at the Australian National University where she was awarded first class honours, and later in Paris, with pioneering French organist Marie-Claire Alain. After a wrist injury halted her playing career, she began conducting under the guidance of Prof Colin Matters and Sir Colin Davis at the Royal Academy of Music in London. She was awarded the Academy’s top conducting prizes upon graduation in 2009 and appointed Manson Fellow in Composition. Her early talent was further supported by, among others, mentors Donald Runnicles, Charles Dutoit, and Vladimir Ashkenazy whilst working as Assistant Conductor at the BBC Scottish Symphony Orchestra and Sydney Symphony. In 2015 she was made an Associate of the Royal Academy.

She resides in London, and outside of music is an avid lepidopterist.

Jessica Cottis is Chief Conductor and Artistic Director of the Canberra Symphony Orchestra.

Unadulterated genius from John Coltrane on soprano sax and McCoy Tyner on piano.

Seven miniatures on the ephemeral nature of butterflies. No. 7 is expressive, energetic and metallic, yet fragile. Played by solo cellist Anssi Karttunen who premiered the works in 2000.

A late work of Australian composer Richard Meale, inspired by Scriabin’s Vers La Flamme (Toward the Flame). Meditative, contemplative, with waves of pure sound, like shafts of morning sunlight refracting off temple bells.

I have to suspend my disbelief for Wagner’s narratives – they’re often dramatically ridiculous. But the music is amazing. Parsifal is his last opera, completed in 1882. The third act sees the knight Parsifal, exhausted from years of travel, resting in a sunlit, flower-covered meadow. Refreshed by the beauty of nature, he learns of ‘Good Friday’s magic spell’, a day of transfiguration where the world is renewed and all innocence is regained. This is music of extraordinary radiance, transcendence, sacred beauty and majesty, constantly searching and evolving.

Clara SCHUMANN
Romance for Violin and Piano, op. 22, no. 1

The first of three lyrical and quietly ecstatic Romances by Clara Schumann, written after a long break from composing. In this recording, Georgian violinist Lisa Batiashvili plays her ‘Ex Joachim’ Stradivarius, the instrument used to premiere these pieces by the legendary virtuoso Joseph Joachim in 1853.

The nature-loving folklorist Leoš Janáček took great inspiration from the nearby forests of Hukvady in Moravia. Lístek odvanutý (a blown-away leaf) is the second in his collection of piano pieces On an Overgrown Path. They’re like a musical diary of intimate memories, nostalgic and poetic. In a letter, Janáček characterises this piece as a love song, describing the falling of a leaf above a river, ‘sinking to the bottom, contentedly’.

Ravel is surely one the towering greats of classical music. The obsessively linear, slow movement of his piano trio, composed in 1914, looks back to early seventeenth-century Spain and uses the repeating bass line structure of the passacaglia. Eleven statements of the lilting eight-bar theme circle and swell to a great climax, and eventually subside in the final variation for piano alone. There’s a hint of something dark, with shadows emerging and disintegrating, perhaps sensing the breakdown of peace that would soon come.

Rich and beautifully textured, John Luther Adams’ Pulitzer-prize winning Become Ocean is linked to a water music tradition that stretches right back to Wagner, via Debussy and Sibelius. It’s music of elemental nature. Three massive crescendos span the huge, 45-minute work, with tidal surges inexorably accumulating, subsiding, and swelling back up again. Swirling harp arpeggios remind us of Debussy’s La Mer, while harmonically we’re not far from the tonal world of Sibelius’ seventh symphony. With a total of 631 bars of music, by bar 316 the music turns and runs in reverse: it’s all a gigantic palindrome, taking us on a majestic journey, and ending precisely where it began.

Yehudit RAVITZ
Shir Lelo Shem ‘A Song Without a Name’

Sung by Yehudit Ravitz in the original Hebrew, a piece about longing, creativity and inspiration: ‘for my song is a leaf in the wind’.

An Everest of a symphony, concentrated into a continuous, single movement of just 22 minutes, it’s one of the very greatest since Beethoven. ‘I believe in civilisation,’ wrote Sibelius, and amidst the uncertainty and unrest of the early 20th century, he created this, his last symphony, a work of primal energy and shattering profundity. It ends with the purity of C major… is it a victory, or the end of the world? Either way, it was Sibelius’s ultimate farewell.

Marked with the words ‘Slow. Calm. Deeply felt,’ the Adagio of Mahler’s third symphony seems to exist outside of any conscious acknowledgement of temporality. Starting with one of the most wondrous of prayers, it’s a tour de force of tectonically slow and sustained playing from start to finish. So intense it almost physically hurts, until the brass emerge with their glorious and noble chorale. 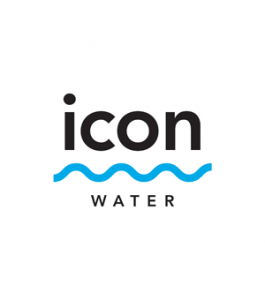 CSO Mixtape: Beyond the boundaries