If one of the main reasons we listen to music is to be moved on some level, and we know something about the composer’s life, we will inevitably hear elements of it in their music, and this enriches our listening experience.

In a season dedicated to musical vision, the CSO presents Margaret Sutherland’s innovative Violin Concerto, an ingenious blend of lyrical Romanticism and the modernist, post-Stravinsky sound world she inhabited.

The CSO interviews academic Dr Jillian Graham, author of a program note on the work and an upcoming biography.

You’ve suggested the Violin Concerto represents a ‘profound expression of [Sutherland’s] inner self.’

Could you elaborate on that?

Jillian Graham: It is impossible to know the extent to which a musical work reflects a composer’s life and experiences. It is equally impossible to deny a connection between their inner life and their music. Subjectivity cannot be avoided, even if a composer sees their work as an intellectual exercise. If one of the main reasons we listen to music is to be moved on some level, and we know something about the composer’s life, we will inevitably hear elements of it in their music, and this enriches our listening experience.

In the case of this violin concerto, we have clues from the composer. She said she wanted there to be ‘immense contrasts, together with the peculiarly poignant loneliness of an individual voice’. It is tempting to read this as a metaphor for her own lonely battles as a female composer and in her private life. She also expressed the view that this work was more extrovert and passionate than her work to date, demonstrating an increased willingness to ‘wear her heart on her sleeve’. With its intensity, dissonance, bravura, martial rhythms, irony, mockery, ominousness, melancholy, lyricism and a violin part that demands virtuosic playing, I believe she succeeded in her aims.

Is the choice of violin as the featured instrument significant?

JG: Alongside the piano, the violin was Sutherland’s favourite instrument. As a child, she loved listening to her cousin, Nora Kyffin-Thomas, play violin. Fifteen years her senior, Nora was an accomplished violinist who went on to study in Leipzig. This early experience may have contributed to Sutherland’s lifelong special affection for the violin. She apparently commented that she was at her happiest when composing for this instrument.

…it is sometimes possible to hear in her work elements of the musical language of composers she admired. These included Bach, Purcell, Bax, Debussy, Ravel, Hindemith, Prokofiev and Stravinsky.

Who were Sutherland’s strongest artistic influences?

JG: Sutherland’s first composition teacher at school, Mona McBurney (1862–1932), was a huge influence in inspiring her to pursue composition as a serious undertaking rather than as a hobby. Arnold Bax (1883–1953), with whom she studied in London, was also extremely significant in encouraging and nurturing her talent.

While Sutherland preferred not to think of her music as being directly influenced by other composers – indeed, her music cannot be clearly linked with any musical school – it is sometimes possible to hear in her work elements of the musical language of composers she admired. These included Bach, Purcell, Bax, Debussy, Ravel, Hindemith, Prokofiev and Stravinsky. In the violin concerto, there are times when Bartók and Shostakovich come to mind.

What role did Sutherland play in advocating for the arts in Australia and nurturing emerging artists?

JG: Sutherland constantly advocated for Australian music. She wrote letters to the press and had numerous exchanges over the years with the ABC, where she strongly encouraged them to program her own and other quality Australian music. She lobbied state and federal governments, which led to an invitation to join the Australian Music Advisory Committee to UNESCO.

Perhaps the most obvious example was her activism for the building of the Arts Centre Melbourne. Sensing that Melbourne was ‘on the brink of a Cultural Renaissance’, she led the Combined Arts Centre Movement from the early 1940s to convince the Victorian Government of the need to build an all-encompassing cultural centre alongside the planned National Gallery of Victoria site on St Kilda Road.

Sutherland grew up immersed in one of the most creative, intellectual, liberal and prodigious families in Australian history.

What role did family play in Sutherland’s career and artistic output, in her youth and later in life?

JG: Family encouragement to obtain the necessary education to support musical (or any) talent was essential for a female growing up when Sutherland did. Her family background was crucial in developing her expectation that a life confined to the domestic realm was not the only option.

Sutherland grew up immersed in one of the most creative, intellectual, liberal and prodigious families in Australian history. Her father, his four brothers and three sisters (including Heidelberg School artist Jane Sutherland) were a blend of highly educated, artistic and musical people who fostered Margaret Sutherland’s talent and exposed her to intellectual and political discussions around the dinner table.

As the youngest of five children by eight years, she also benefitted from time alone with her supportive father after her siblings had gone to school. He worked for a newspaper and did not start work until later in the day, and included her in his activities, sometimes playing piano for her. Although her mother had no tertiary education, neither did she discourage her daughter from her musical ambitions.

Is it important to highlight the challenges Sutherland faced as a woman composer?

or does this deepen gendered perceptions by focusing on spheres of her life that would not be considered in the case of a male composer?

JG: Firstly, I believe that a biography, such as the one I have written about Margaret Sutherland, needs to address challenges faced by its subject, male or female—otherwise it is not a ‘life story’. Secondly, highlighting the challenges faced by Sutherland makes her achievements all the more remarkable.

Thirdly, composition has historically been considered a male artform. I could provide many amusing quotes to prove this, but perhaps the best-known is Scottish music critic, author and composer Cecil Gray’s 1924 statement, ‘A woman’s composing is like a dog’s walking on his hind legs. It is not done well, but you are surprised to find it done at all’. Women were not considered capable of writing good music, and thus lacked the necessary education and encouragement to do so. Women have had less time and creative space available to them to develop their careers, and less encouragement to acquire the necessary musical education, hence they have faced significant challenges in becoming publicly recognised as serious composers rather than hobbyists.

Women did not, for example, enjoy the luxury of having their lunch brought to their study on a tray so that they could continue to compose in silence, as Stravinsky did. They were more likely to fit their composing in between their household duties, possibly working at the kitchen table, as Australian composer Alfred Hill’s wife, Mirrie Hill, did. While some women composers nowadays might maintain that they have faced no discrimination, many others feel that opportunities to have their music heard are fewer than those of men. And even now, the numbers of male and female composers in Australia are by no means equal—only about twenty-eight percent of composers are female—and women composers remain significantly under-represented in Australian concert programs.

While this attitude is slowly changing, the notion of composition as predominantly a male occupation remains in the collective unconscious. I look forward to a time when it will no longer be necessary to emphasise challenges faced by women composers, but we are not there yet.

Dr Graham’s biography of Margaret Sutherland is to be published by Melbourne University Publishing. 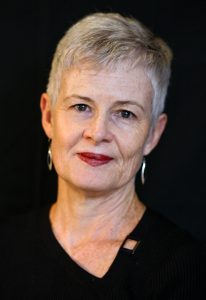 Dr Jillian Graham is a freelance writer and editor in Melbourne and sings in the Melbourne Symphony Orchestra Chorus. Her University of Melbourne PhD (2009) is entitled Composing Biographies of Four Australian Women: Feminism, Motherhood and Music.

While researching her biography of Australian composer and music activist Dr Margaret Sutherland, she was awarded the Redmond Barry Fellowship (2018) and shortlisted twice for the Hazel Rowley Literary Fellowship (2018 and 2021). The biography is to be published by Melbourne University Publishing in late 2022.