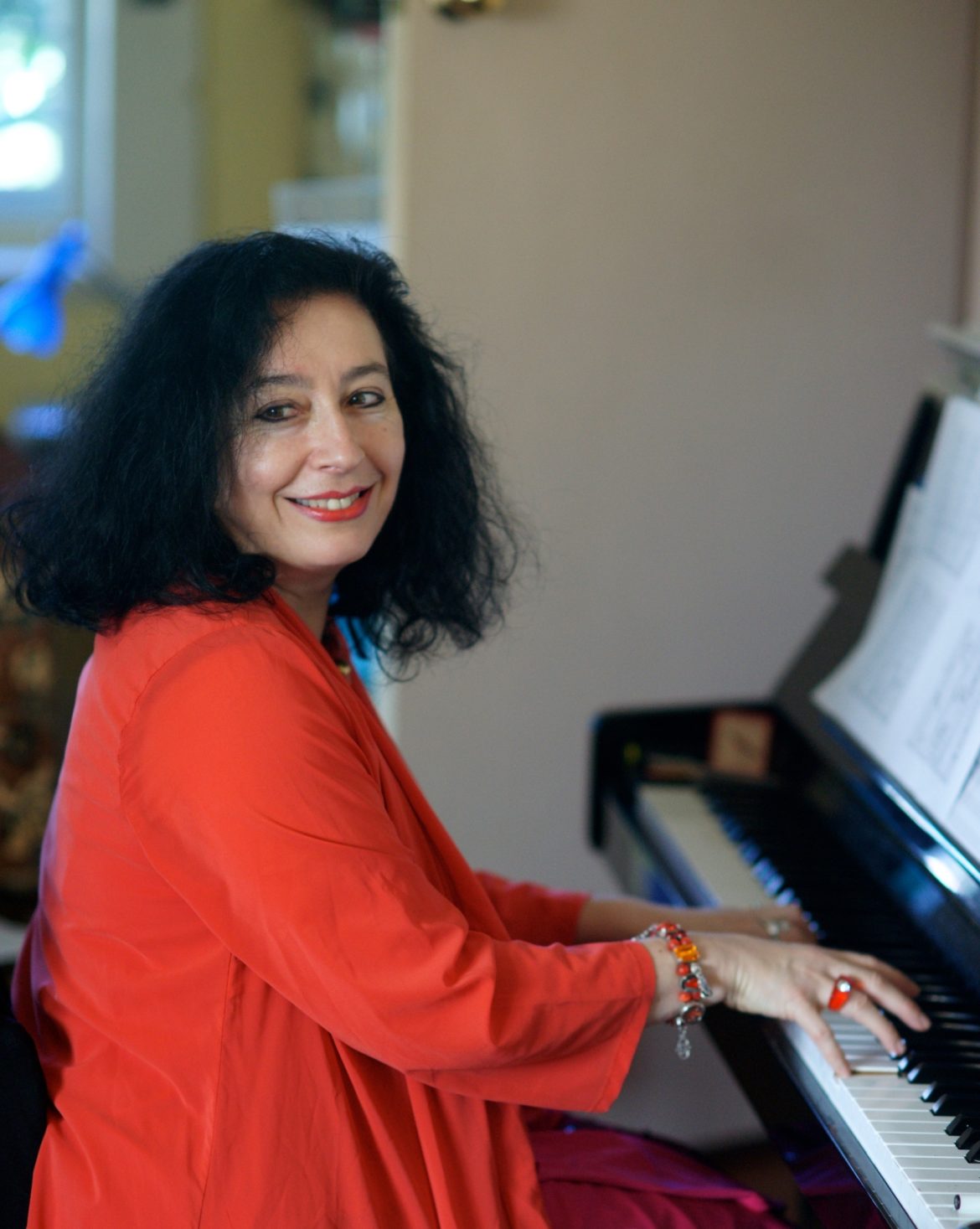 Elena Kats-Chernin AO is one of Australia’s best known and most beloved composers. Her music has been performed by all the major orchestras in Australia and abroad, and featured in the opening ceremonies of the 2000 Sydney Olympic Games and 2003 Rugby World Cup.

Elena is a familiar face in the Canberra music scene, appearing regularly with the Canberra International Music Festival and the Canberra Symphony Orchestra. In 2020, the CSO commissioned her work Distant Solo for vibraphone, premiered online as part of the Australian Miniseries and performed by Veronica Bailey, CSO Principal Percussion.

In 2021, Canberra-based flautist Sally Walker makes her CSO debut with a performance of Elena’s flute concerto Night and Now. Sally will also perform a new arrangement of Elena’s Moondust in recital with CSO Chamber Players.

Jessica Cottis, CSO’s Chief Conductor and Artistic Director, speaks to Elena about inspiration, imagination and memory in the compositional process.

In 2021, the CSO will present two of your works for flute, both featuring Sally Walker: Night and Now and Moondust.

What characteristics of the flute were you drawn to in composing these works?

How does your compositional approach differ between writing a concerto compared to a chamber work?

First, how lucky I am to have these pieces programmed by the CSO! Composers thrive when their music is performed by dedicated musicians. To have two works presented in one year is a double joy.

It fills me with gratitude to have this association with CSO, but I am also thrilled to be working with you, Jessica. Each time we have worked together it has been pure delight and revelation.

To your question regarding writing in different genres: having variety in composing projects is a definite plus. Each genre has its own momentum and tasks and it’s fun to switch between different premises.

I have been blessed in that each of my concerti was written for a unique soloist – often a very good friend, a talented musician whom I utterly respect and treasure. I aim to write a bespoke work that reflects their personality as well as their musical taste and sound, as with Night and Now for the virtuosic and unusually compelling flautist Sally Walker.

I remember playing the opening of the first movement to Sally on my upright piano at home. I was slightly concerned about what she would think, because I unconventionally decided to start this concerto with a slow, dark and brooding movement, followed by the upbeat final two. The wonderful thing about Sally is that she is free of prejudgement and open to new thoughts, and she responds to the music through her heart – a very big heart, by the way.

Sally loved that the concerto started in the often-overlooked lower register of the flute, saving acrobatics and bird-like agility of the higher register until subsequent movements. I was beyond relieved that she accepted my concept, saying that the structure of a concerto is not set in stone and that one could rethink and find new ways to work within the genre.

Ultimately, the most important feature of a concerto is to showcase a soloist and their virtuosity, as well as lyricism and the communication between soloist, orchestra, conductor and audience. It’s often a give and take situation; the orchestra must have its own highlighted moments.

With regards to writing a chamber work: that too has an incredible attraction for me. I never tire of writing intimate works. Depending on the length of the work, the occasion and the reason for a commission, the work might turn out reflective, moody, celebratory or light and airy.

Moondust was written in memory of Sally’s family friend, Dr Philip Spradbery, a CSIRO entomologist who was a passionate believer in scientific research for the public good. Sally wanted the piece to be a gift to the family he left behind. She was wishing for a dignified and spacious soliloquy.

Originally written for mezzo soprano, flute, vibraphone and cello, Sally will perform quite a different interpretation of the work next year, strings together with flute. The piece unfolds very slowly, as if the moon is shedding light dust on the memories.

Night and Now features in a program exploring fairy tale and fantasy. How do these concepts manifest themselves in your music?

How would you describe the relationship between music and imagination?

Music and imagination go hand in hand, be it composing, performing or conducting. You have to imagine the sound that you would like to achieve, the emotions and the build-up of those emotions. Even if there is some kind of narrative involved, it is entirely possible for the audience to imagine their own. I don’t like prescribing exactly what to think, feel and contemplate, and I am happy to hear about the varied reactions from the audience or the players.

As to the fairy tale theme: Sally suggested I write about my childhood in Russia and this immediately planted the seed of responding to Russian stories that I grew up with. The imagery of dark forests with walking trees, in mysterious foggy surrounds, led to creating the beginning bars of the first movement.

In what ways is Night and Now inspired by your own experiences?

Along with the rich imagery of Russian folk tales, memories of growing up in Yaroslavl, an old Russian city on the Volga river, flooded in as well. I remembered our picnics in the forest, collecting mushrooms, wild strawberries and blueberries. I remembered how once, as a 10-year-old, I got completely lost without the compass and it took me two hours to find my family again. In some ways, the forest – while being frightening – also helped me get back to the picnic spot. I remembered the freezing temperatures in winter when the trees looked so poetically serene, clothed in snow and ice.

The childhood memories also involved standing in queues for often-scarce food, without much choice. Sometimes I would stay in such a queue for two or three hours, and at the end of it the product I was trying to buy (oranges, bananas or even washing powder) ran out.

The beauty of writing a piece of music is that it does not have to be specific. It can convey a mood that can be drawn from complex memories and stories.

You have a long connection with the arts community in Canberra. What do you value most about it?

I value the consistently strong passion and support for music in the Canberra community. I’ve often said that Canberra is my second home – I used to visit each year for the Canberra International Music Festival and I have often had performances with the CSO.

Sometimes, when I am in a different town for a concert or a festival, I might see a familiar Canberran face. That always makes me really happy, like seeing an old friend. I am very much looking forward to see you all soon.