CSO Mixtape: Something a bit different

The pieces I’ve chosen are all a bit unusual or adventurous. They’re designed to take you on a journey, from the ferocious to the serene – ending in some fun.

Dianna Gaetjens received her masters from the Hochschule für Musik Hans Eisler where she studied with Professor Marie-Luise Neunecker. Aged 19, she was accepted into the Orchestra Academy of the Berlin Philharmonic; she spent two years with the Berlin Philharmonic performing, touring, and recording under conductors such as Sir Simon Rattle, Claudio Abbado, Nikolaus Harnoncourt and Daniel Barenboim.

Dianna has toured Australia and internationally as a soloist, including Europe, South America, Israel and Palestine, and appeared with orchestras such as the Bogata Philharmonic, the Kammerphilharmonie Amade and the New Philharmonic Westfalen.

Dianna has received numerous international accolades, including third prize at the International Performers Competition in the Czech Republic. Dianna is Principal French Horn with the CSO.

This monumental work premiered in Paris in 1913 and started a riot because it was so shocking. It’s the story of ‘a solemn pagan rite: sage elders, seated in a circle, watching a young girl dance herself to death…sacrificing her to propitiate the god of Spring’ (Dvořák).

I love it because it touches a very primal chord deep within – there is a passion and raw energy that is unlike any other work I’ve ever heard. When I played this for the first time – with the Berlin Philharmonic under Sir Simon Rattle – it changed the way I thought about music forever.

I think this piece can be hard to listen to because its harmonies and rhythms are in a world of their own. The key to enjoying it is to think about the story and about how perfectly the music fits that story. It’s not supposed to be easy to listen to or even particularly melodic (although there are certainly beautiful sections) – after all, it’s about a frenzied dance to the death!

I hope that you, like me, feel this music tugging deep at an ancient knowledge of rite and ritual that surely all humans have inherited from their ancestors.

I couldn’t ask you to listen to something as fierce as Le Sacre without giving you something to relieve all that tension afterwards. Think of this work as a palate cleanser.

The first movement is a little-known waltz – the waltz from the composer’s Suite No. 1 for Variety Orchestra is much more popular (have a listen to that too if you have time – no doubt you’ll recognise it). The melody in this waltz is quite similar, but I particularly enjoy this one for its cheekiness and the way it showcases the trumpet, saxophone and violin. It reminds of my early days learning the tenor horn in brass bands.

The subsequent movements – a polka and a foxtrot – are also well worth a listen if you have an extra five minutes and feel like grinning.

This Cantus in memoriam, as the name suggests, was written to commemorate the passing of Benjamin Britten in 1976. Pärt drew inspiration from Britten and always wanted to meet him – this piece portrays his sorrow at realising that would never happen.

Dvořák’s lovely Serenade for Strings showcases the colours and expressiveness of the string orchestra. It’s a passionate and somehow pastoral piece which lets the string players play their hearts out. You can’t help but feel like you’re being given a very warm hug when listening to this piece!

I wanted to finish with a piece that showcases the horn. Initially, I chose the fabulous Concerto for Horn and Orchestra No.1 by Frigyes Hidas. Unfortunately, that concerto is not available on Spotify, but it’s well worth a listen if you have an opportunity to listen through another music medium!

To replace it, I’ve chose the Brahms Horn Trio. It’s one of my favourite pieces to play on the horn. I love the way it embraces the more lyrical characteristics of the horn, and it’s a great example of how chamber music can create a real sense of intimacy. Its joyful final movement is also a great way to finish off this playlist and send you off into your week with a bounce in your step and a smile on your face!

Hi, I’m Dianna, the Principal Horn in the CSO. I first started playing with the CSO about 10 years ago when I moved to Canberra from Adelaide.

Prior to that move, professional performance was a full-time career, which had taken me all over the world. Moving to Canberra gave me the opportunity to start a new chapter as a policy officer while continuing to perform at a professional level.

Name three careers you could see yourself in if you weren’t a musician (and tell us why).

If I weren’t a musician, I could see myself learning a trade (mechanic, electrician, plumber, handyperson), becoming a fine furniture maker (like my grandfather) or learning Arabic and studying Middle Eastern food.

Tell us a bit about someone who had a formative influence on you in your creative development.

I was lucky enough to play Mahler’s Symphony No. 8 with the Berlin Philharmonic under Claudio Abbado before he passed away. It was an incredible concert – it was so clear that the orchestra and the conductor knew each other intimately and were completely in sync. Abbado’s conducting was no longer about keeping time or keeping the orchestra together – there was no need for that. Instead, everything he did was designed to draw even more passion and intensity out of the musicians. The result was one of the best concerts I’ve ever played in or heard.

The worst gig I ever did was just after I’d moved to Germany. I was 18 and didn’t really speak the language yet. A fellow student and I were playing a requiem at a church for the local choir. We had a single rehearsal before the concert and then a few hours to wait before the concert itself. In the break, my colleague suggested we go to the Christmas market and get some ‘Gluhwein’ to warm up. I agreed, not knowing what gluhwein was (it’s a very alcoholic, spiced red wine). I’d never really drunk alcohol so the gluhwein went straight to my head. Needless to say, the concert was not up to my usual standard…!

Tell us about your favourite performance space.

My favourite performance space is definitely the Philharmonie in Berlin. It’s such a striking hall – a real product of the decade in which it was built – and it sounds truly amazing.

Name something meaningful you’ve received as a gift – what made it special?

My house was burgled three times last year and all my jewellery, every single thing I owned, was stolen. One of the things that was taken was a charm bracelet that I was given by my mother when I was awarded a music scholarship in primary school. My first charms were a horn, a music note and a D for Dianna; every year, we added another one for my birthday. It wasn’t very valuable, but it was very special.

The next time I visited my parents, my mum gave me a little package – it was another charm bracelet. She explained that I’d lost the first bracelet once before and had been inconsolable, so she’d bought another one at the time and had as many charms as she could remember remade like the originals.

Although many special items of my jewellery are gone forever, I’m glad to have the second charm bracelet to keep the memory of the first one alive, all because my mother was kind enough to try and replace the one I had lost all those years earlier.

The best advice I could give to a younger version of myself is chill out!

If you were a piece of fruit, which would you be and why?

I love cooking and baking!

I’m currently pretty obsessed with a Christina Tosi cookbook, Milk, which has recipes from Momofuku’s Milk Bar. All the recipes are insane (and quite hard), but how could you not be delighted by a book that tells you off for using anything less than Valrhona chocolate (which is about $60 per kilogram…)?!

This CSO Mixtape supported by 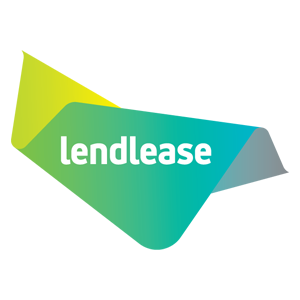 CSO Mixtape: A slice of empathy and a passport to the world