August 3, 2020
For my CSO Mixtape, my colleagues in the artistic management team of the CSO suggested I could put together a selection of recordings in which I was directly involved. I was happy to find on Spotify a few recordings which brought back some wonderful memories.
Dr Nicholas Milton AM, CSO Chief Conductor & Artistic Director

The Chief Conductor and Artistic Director of the Canberra Symphony Orchestra (CSO), Dr Nicholas Milton AM has led the CSO through an extraordinary period of growth and development. Since 2007, Milton’s direction has seen the CSO break box office records and establish itself as a dynamic, musical force in the national orchestral landscape.

A member of the Order of Australia for service to the arts, Nicholas is renowned for his charismatic stage presence, powerful interpretations and musical integrity. Established internationally as one of Australia’s most compelling conductors, his concert engagements include appearances with leading orchestras throughout Germany, Austria, Switzerland, England, Hungary, France, Spain, the Netherlands and Asia.

Before dedicating himself exclusively to conducting, Nicholas enjoyed a distinguished career as a violinist and chamber musician. He was Concertmaster and Associate Conductor of the Adelaide Symphony Orchestra – the youngest-ever concertmaster of a major Australian orchestra – and Violinist, for eight years, of Australia’s renowned Macquarie Trio.

Nicholas studied at the Sydney Conservatorium of Music, Michigan State University, Mannes College of Music and the Juilliard School. He holds four master’s degrees (in violin, conducting, music theory and philosophy) and a doctoral degree in music from the City University of New York. Mentored at the Sibelius Academy in Helsinki by the legendary Jorma Panula, Nicholas also served as Assistant Conductor to Mariss Jansons with the Royal Concertgebouw Orchestra.

Nicholas won the 1999 Symphony Australia Conductor of the Year Competition and was a prizewinner in the Lovro von Matačić International Competition of Young Conductors. In 2015, he received the College of Music Distinguished Alumni Award from Michigan State University and was invited by the Australian Prime Minister to join the Australia-Germany Advisory Group. In 2016, Dr Milton was named a Member of the Order of Australia (AM) for Significant Service to the Arts as Musician, Conductor and Artistic Director. He is also the first Australian conductor to be nominated for a Grammy award.

Mozart’s piano concerti have long been among the music I would take with me to that desert island everyone is always asking about. This recording comes from a series of Mozart concerti I recorded with the wonderful Andrea Lam and the Tasmanian Symphony Orchestra many years ago. It was such a great pleasure to reconnect with Andrea recently when she performed as soloist with the Canberra Symphony Orchestra in 2019.

When I was a young man, I used to play violin with the Adelaide Symphony Orchestra (ASO) and I was lucky enough to conduct them a lot during the seven or so years I worked with the orchestra. These beautiful arias, sung by the wonderful musician Sally-Anne Russell, are taken from one of the recordings I made for ABC Classics with the ASO.

I recently had the pleasure of recording four CDs with an extraordinary orchestra in Berlin: cello concerti with the legendary British cellist Raphael Wallfisch. Raphael’s mother played cello in the prisoner’s orchestra in Auschwitz and she remains one of this century’s most profound voices for peace and reconciliation. Her son is equally passionate in his musical and cultural pursuits, and our recordings are part of a series dedicated to composers in exile. It was a pleasure to work with Raphael and also to learn this beautiful music.

Among them, we did several world premiere recordings including the first ever recording of the cello concerto by Mario Castelnuovo-Tedesco. That work was performed by Raphael’s teacher, Gregor Piatigorsky, shortly after it was composed, in a performance conducted by Toscanini. Somehow Raphael was able to find the music, and it was wonderful bringing it back to life with him.

Similarly, our recording of the Weigl concerto was attended by the composer’s grandson. It was wonderful for me to briefly be at the crossroads of such interesting historical intersections, especially as the recordings were made in one of Berlin’s most stunning and historically important concert halls.

As someone who grew up playing the violin, I wanted to include some violin music. The first two concerto selections come from a recording I did in Germany with a superb Korean violinist. The Wieniawski concerto was the first work I performed as soloist with the Adelaide Symphony and the Conus is a work that has, in particular, long fascinated me, as it was championed by my childhood idol, Jascha Heifetz.

As a young man, I went to Juilliard and stayed then in New York for almost ten years before returning to Australia to be with the Adelaide Symphony. During my time there, I was artist-in-residence at the Brooklyn College Conservatory of Music, one of the colleges affiliated with the City University of New York where I was doing my doctorate. I had a very dear pianist friend, Nina Margret Grimmsdottir, and we formed a duo.

Nina Margret was not only a terrific pianist – while I was as lazy as anything, she was an incredible organiser and established so many performance possibilities, residencies, and all sorts of projects. I’m so grateful to her that she motivated me so effectively.

We performed an enormous repertoire together: all the standards, complete cycles of Beethoven, Mozart, Brahms, Schumann and so on, but also all sorts of esoteric repertoire as well. One year, we performed twenty concerts devoted to the entire American repertoire for violin and piano. One of the most memorable things we did together was regular touring of her homeland, Iceland, and we recorded a CD with all of Mendelssohn’s works for violin and piano in a cold church in Reykjavik in the middle of winter.

Another of my musical friendships is with the great German pianist Joseph Moog, who is establishing a reputation as one of the country’s greatest pianists. We performed together for the first time in 2003, and we have played concerts together practically every season since. We have also recorded seven CDs together.

The Moszkowski CD was nominated for a Grammy a few years ago, and more recently we recorded both of the Brahms piano concertos. This movement from the second Brahms concerto also happens to be one of my favourites.

About 10 years ago, I was invited to conduct a concert in upper Austria called the Innviertler Symphonie Orchester, named for that region of Austria bordering on the river Inn. I was subsequently invited to be its chief conductor, a position I still hold.

The orchestra does concerts only for New Year’s and during the summer. Its musicians come from all of the major Austrian orchestras. Our principal horn, heard here in the Bruckner, is also principal horn of the Vienna Philharmonic. This recording, by the way, uses Vienna horns in addition to the Wagner tubas, and Vienna oboes as well, so it’s a completely different sound world.

Our principal clarinettist, who also serves as principal of the Vienna Philharmonic, performs the Mozart clarinet concerto on this recording.

THIS CSO MIXTAPE SUPPORTED BY 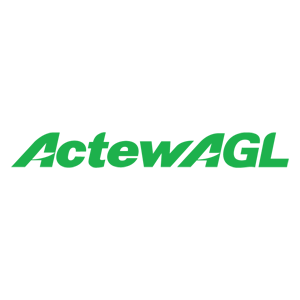