The concept of symmetry or reflection connects the aesthetic of the sounds to the visual accompaniment.

Navigating Phase is a piece of music accompanied by moving images, written and developed collaboratively by composers Dante Clavijo and Frank Millward, featuring musicians from the Canberra Symphony Orchestra. The composers have produced a piece for large ensemble which explores the concepts of evolving or unfolding – sounds and visual images are developed through controlled randomness.

Working with the musicians individually, the composers recorded a series of individual,
cell-like constructions for each orchestral instrument. Using a pitch set featuring alternating major-seconds and perfect-fourths as the harmonic foundation of the work, the composition evolves through changes in the way notes of the pitch set are articulated and grouped.

When the pitch set is ordered as a repeating series from E-natural, it produced a set of fourteen tones which the composers organised into two scalic patterns which feature throughout the work: E Lydian (with an added minor-ninth) and E Phrygian (with an added augmented-eleventh).

Collaborative music composition in the art music genre is often an individual pursuit. The clarity of what defines a ‘composer’ is itself unfolding…

The cells were further defined by the different ways in which the featured notes were articulated. For instance, cells may contain two-note units where a long note is immediately followed by a short note, and the reverse; notes organised as groupings of trills and turns; groups of notes that scoop up or fall away; long notes that crescendo; short notes that tremolo; groups of notes or patterns that form palindromes or symmetric rhythmic, harmonic, or intervallic formations.

These recorded cells were then coded as a database, edited, mixed and produced (with some electronic processing) by the composers to create the final work.

The concept of symmetry or reflection connects the aesthetic of the sounds to the visual accompaniment. The element of water is a substance that can evolve in reflective formations. It naturally changes between its three states, ice, steam, and water, in a back-and-forth dance, a slave to the changing climate.

Collaborative music composition in the art music genre is often an individual pursuit. The clarity of what defines a ‘composer’ is itself unfolding… 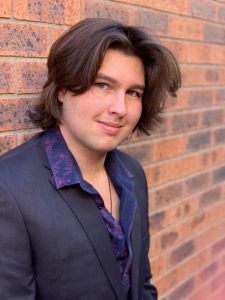 Dante Clavijo is an emerging composer who recently completed his Honours in Composition at the ANU School of Music.

He has been an active musician in the Canberra community over the last five years, contributing his wide skillset to numerous projects, including transcribing, arranging, recording, and mixing works by Emeritus Professor Larry Sitsky and Associate Professor Kim Cunio, and composing music for student short films and video games. 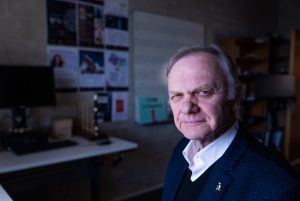 Frank Millward is a musician, composer and multimedia artist. His work explores cross-disciplinary relationships between technology, science and art where sound is used to shape new interactive forms in visual music and live performance.

His music is published by Wirripang and he teaches music composition at the ANU School of Music.

Martin began his career in photojournalism, shooting national news events, features and sports for The Canberra Times. He then moved to London to work at Reuters News Agency as a stringer and sub-editor, eventually becoming a freelance photographer in the UK.

After a hiatus of over 15 years, spent building the front, back, and middle of almost every type of web and intranet service you care to name, Martin returned to photography to find the tools had changed dramatically. His eye for the striking image, however, had not altered.

In the last several years, Martin has been photographing and promoting Canberra through various initiatives with the ACT Government along with commissioned work from many long-term clients including the ACT Government; ACT Health; News Limited Australia; the National Capital Authority; the Canberra Convention Bureau; the Canberra Symphony Orchestra; Kambri – ANU; and Dionysus Events.

Music by the River