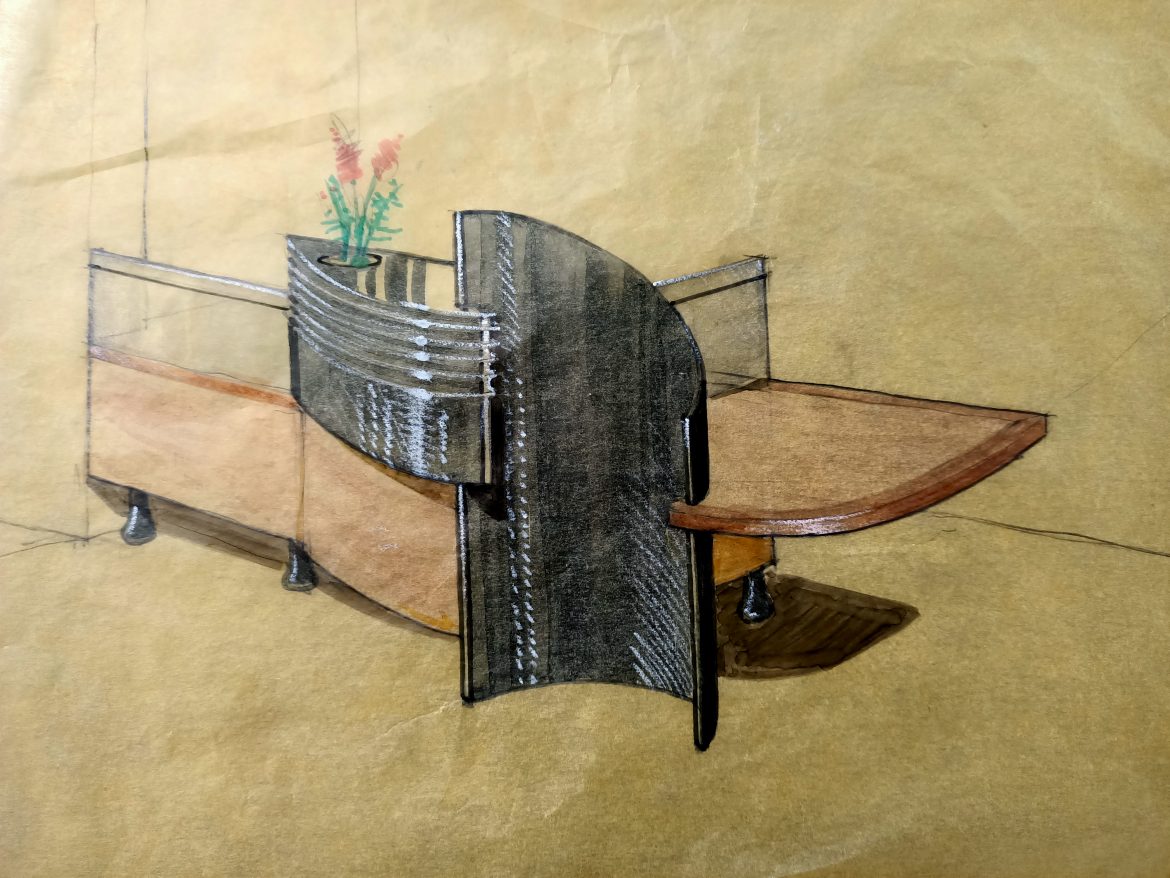 The Faculty of Arts & Design at the University of Canberra (UC) equips graduates with skills in critical and creative thinking, communication, teamwork and ethical practice. One of the Faculty’s ﬂagship facilities, Workshop7 enables students and research collaborators to prototype and develop projects using a range of equipment and expertise, from robotics and digital manufacturing to manual fabrication.

In early 2020, the Canberra Symphony Orchestra (CSO) moved into new offices at 1 Farrell Place, overlooking Llewellyn Hall. To celebrate the new space, the CSO commissioned a reception desk through a project partnership with the UC Faculty of Arts & Design, designed and fabricated by the technical staff of Workshop7.

For a designer, the empathetic interpretation of the client’s brief is one of the most valuable tools in the design process. Many hand drawings were produced throughout the design proposal stage to ensure the configuration, forms and materials met the CSO brief.

The CSO required a frontpiece for the musical world it inhabits. While there are many obvious musical references that could be incorporated into a design solution, it was important that they should not be too literal or obvious.

A piano-inspired form was the first concept, dubbed ‘Frankensteinway’ for the combination of many ideas and elements into a new being. This concept included an inbuilt vase made from an old trumpet, intended to display Australian flowers in keeping with the CSO’s Australian music focus.

While the piano is often featured in symphonic music, many people more readily associate strings with an orchestra. A second concept emerged, based on a form inspired by the cello.

The final form is characteristic of a postmodern architectural style, with shades of art deco in the ivory-coloured bands, which run the length of the desk’s surface and suggest a musical stave.